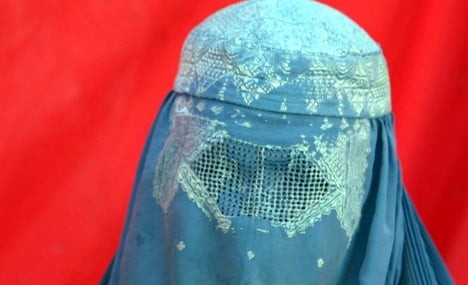 “A German man, wearing a burka, was intercepted at a checkpoint in Bannu while coming from Miranshah with a six-year-old girl,” local police station chief Farid Khan told AFP.

Two tribesmen travelling with him in the vehicle were also detained, he said.

Miranshah is the main town of lawless North Waziristan tribal district, a known hotbed of Taliban and Al-Qaeda linked militants.

Most women in the area wear a burka, which covers the body from head to toe, if they are out in public.

A pistol was also recovered from the man and he was handed over to an intelligence agency for further investigation, Khan said.

An American construction worker armed with a pistol and sword was arrested last week further north in the mountains of Chitral who purportedly told police he was on a mission to hunt down and kill Al-Qaeda chief Osama bin Laden.

Pakistani tribal areas bordering Afghanistan and adjoining northwestern districts are out of bounds for foreigners and they require special permission to visit these restive areas.

Washington has branded Pakistan’s northwestern tribal area a global headquarters of Al-Qaeda and officials say it is home to Islamist extremists who plan attacks on US-led troops in Afghanistan and on cities abroad.

Waziristan came under renewed scrutiny when Faisal Shahzad, the Pakistani-American charged over an attempted bombing in New York on May 1, allegedly told US interrogators he went there for bomb training.