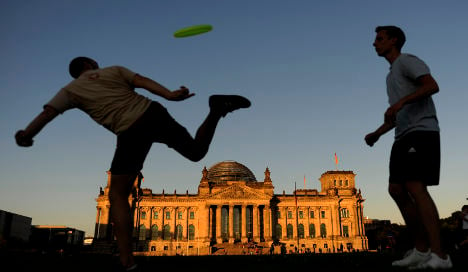 The German Weather Service (DWD) said on Sunday that although Monday will be cloudy in some areas, with some showers, it will mostly remain dry, with top temperatures between 15 and 21 degrees Celsius.

Largely dry although sometimes cloudy weather will develop during Monday night, with Tuesday increasingly bright, with top temperatures between 18 and 23 degrees. Some isolated showers should be expected in the southern and eastern regions, but the country will remain mostly dry.

By Wednesday occasional showers in the afternoon and evenings could even be accompanied by thunder storms, but temperatures should be between 19 and 24 degrees, with the warmest areas expected to be the southwest.

“Sheep’s Chill,” or Schafskälte, is a meteorological singularity that arrives in central Europe and Germany in June of most years. The weather pattern brings cool and humid air that generally lowers temperatures by 5 to 10 degrees Celsius.