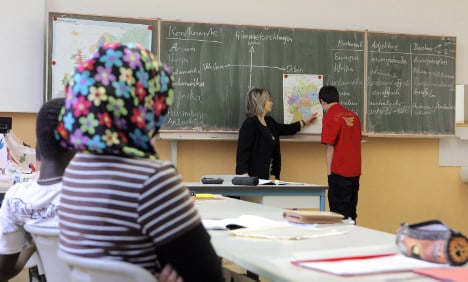 While one third of German students graduate from university-track high schools, just one-tenth of students who have what is called Migrationshintergrund make it that far, the study by Paritätische Wohlfahrtsverband, an organisation dedicated to social justice, found.

“Not even three percent of those at German universities are foreigners who have completed their entry qualifications here,” said the organisation’s leader Barbara John at the launch of the report in Berlin. “Most of the foreign university students bring their high school qualifications from abroad.”

John, who served as Berlin’s integration commissioner from 1981 to 2003, said the gravest problem lies among young immigrants who drop out of school, regardless of whether it is a university-preparatory school or vocational training institute. Some 15 percent of immigrant pupils drop out – more than double the German dropout rate of 6 percent, the study found.

The main reason lies with the rigid public school system, which funnels students into one of several different tracks based on their abilities after elementary school between the ages 10 and 12 – an age John said was too young.

The Paritätische Wohlfahrtsverband renewed its call for students to attend the same school for a longer period before being separated, as well as for integrated language support, intercultural competence training for teachers, and the establishment of an educational guarantee strengthened by after-school activities.