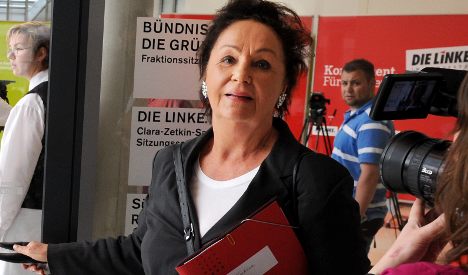 According to several major newspapers, Jochimsen, a parliamentarian, will face favourite Wulff and second candidate Gauck when the Federal Assembly votes on June 30 on who will replace Horst Köhler, who quit suddenly as the country’s ceremonial head of state just over a week ago.

Jochimsen, 74, was editor-in-chief of public broadcaster Hessischer Rundfunk from 1994 to 2001 and has been a member of the Bundestag for The Left since 2005, acting as culture spokesperson for the socialist party’s parliamentary group.

She has next to no chance of being elected to the largely ceremonial role of president. Lower Saxony’s premier Wulff, who is the candidate of the centre-right government, is seen as the favourite, though former East German dissident Gauck, the candidate being pushed by the opposition Social Democrats and Greens, has also drawn support from some on the government side.

Jochimsen previously worked for broadcaster ARD and was editor of the political magazine, “Panorama.”

According to daily Süddeutsche Zeitung, Jochimsen was once body searched by police after she attended a ceremony at the new Bundeswehr cenotaph in Berlin wearing a shawl with the slogan: “Only now justice. Out of the war.”

The Left had reportedly aimed to put up a commonly chosen candidate with fellow opposition parties, but that plan fell apart when the other parties opted for Gauck.

Left party chairman Klaus Ernst has said, however, that he did not rule out his party supporting Gauck in a second ballot if Jochimsen was knocked out in a first round.

“We recognise the great service of Mr Gauck to the rehabilitation of GDR history – there is no doubt about it. He is without doubt a respectable person,” Ernst told the Hamburger Abendblatt.

But in a time of budget cutbacks, Germany needed someone who would stand up for common people and who sometimes would stand against the government, he said.

Germany’s new president will be chosen by the Federal Assembly, which is made up of the lower house of parliament and representatives from Germany’s 16 states, on June 30. 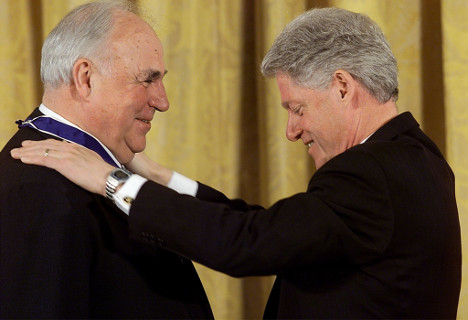