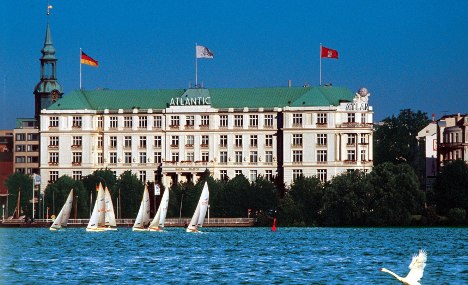 A police spokesman verified a report in daily Bild that Dieter Bock, 71, had died just over two weeks ago after choking on food at the upmarket Atlantic, which he part-owned.

As well having a share in the iconic Hamburg hotel, where scenes from the James Bond film “Tomorrow Never Dies” were filmed, Bock was also the proprietor of Berlin’s Kempinski Hotel and the Gravenbruch in Frankfurt.

The police said Bock had ordered food to his room late at night on May 12 and paramedics were called to the hotel about 12:45 am. But they were unable to revive Bock.

He added that a physician had concluded there was no need for an autopsy.

What little is known about Bock is that he had built up a property empire from the 1970s, starting in South Africa and the United States, according to Britain’s Independent newspaper.

He was based in London, and owned the property business Advanta Management.

The Independent wrote that Bock was a softly-spoken father of two who went to considerable lengths to conceal his wealth – sometimes choosing, for instance, to carry his business papers around in a plastic bag rather than a briefcase.