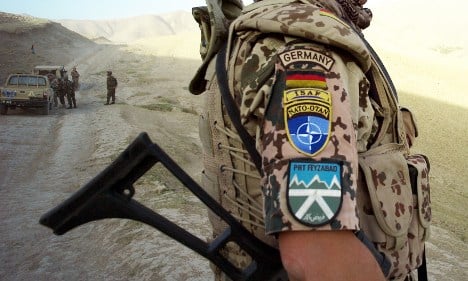 Cited by financial monthly Manager Magazin, DIW researchers have calculated that the Bundeswehr operations in the war-torn country cost roughly €3 billion per year, but Defence Ministry estimates say costs are at just €1 billion per year.

“This study does not investigate whether the Afghanistan deployment is sensible or not,” head of the DIW’s world economy division Tilman Brück told the magazine. “But only when the public knows the numbers can a well-founded political debate occur on the topic of whether the political aims of the Afghanistan war justify the economic costs – or whether the money could have been put to use better elsewhere.”

The DIW study estimated that final costs of Afghan operations will be around €36 billion, though the magazine said they had predicted an “optimistic” scenario that current troop levels are enough to stabilise the country so the Bundeswehr could begin pulling out by 2013.

Another less-optimistic projection said that if conditions worsened the German government would have to double troop levels and not withdraw until 2020 – which would then cost twice as much.

In addition to Defence Ministry figures, the DIW calculated Afghanistan-related costs in other ministries, the costs of wounded and fallen soldiers, and the interest on financing for the deployment.