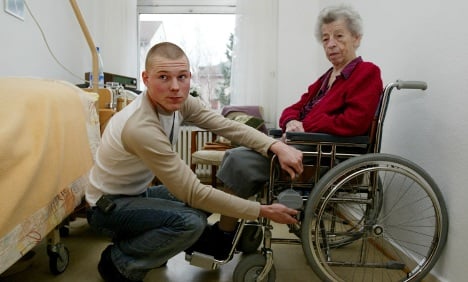 Questions over the length of Zivildienst, as the Bundeswehr alternative is known, arose in March, when Defence Minister Karl-Theodor zu Guttenberg chose to reduce the conscription period from nine to six months in early 2011. This meant that Zivildienst would also be shortened, but many community groups complained that six months was not long enough to make the service worthwhile.

According to daily Ruhr Nachrichten, Merkel’s conservative Christian Democrats and their junior coalition partners the pro-business Free Democrats have confirmed that compulsory community service should also be six months long – but with the added option of extending the time for another six months.

The agreement came despite the FDP’s previous objections to such an extension.

Those serving in community service positions, known as Zivis, will not be able to decide on the extension until after they have been working for two months, the paper said. The measure is meant to prevent organisations that offer positions from accepting only those that have already chosen to extend their time in service.

“With the rule that those serving compulsory community service can first choose to extend or not after two months, we have enforced that the extension will really be voluntary and can’t be made obligatory,” Free Democrat and Zivildienst expert Florian Bernschneider told the paper.

But Bernschneider said he was disappointed that the volunteers would not be provided an additional stipend to cover the extension.

The option provides participants with the option of “bridging a possible gap between the end of compulsory service and the beginning of higher education,” family policy speaker for the CDU Dorothee Bär told the paper.

And organisations that offer the service positions will also benefit, she said, explaining they could continue to “offer challenging jobs.”

The change is set to begin on October 1, 2011 while shortened Zivildienst will begin on August 1 that year.