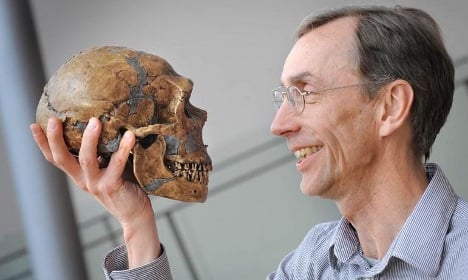 Researchers at the Max Planck Institute for Evolutionary Anthropology in Leipzig analysed some four billion base pairs of DNA from Neanderthals – a species which died out more than 30,000 years ago. Initial analysis of the resulting genome sequence draft show that Neanderthals left traces of themselves in the genomes of some modern humans, the study published in this month’s journal “Science” revealed.

“The comparison of these two genetic sequences enables us to find out where our genome differs from that of our closest relative,” research team leader Svante Pääbo said in a statement.

The DNA fragments came from bones found in Croatia, Russia, Spain and the Neandertal region of Germany. But the scientists had to develop a new method of separating DNA microbes that had lived in the bones for some 40,000 years and the DNA of the Neanderthals themselves, the statement said.

“Over 95 percent of the DNA in one sample originated from bacteria and micro-organisms which colonised the Neanderthal after his death,” Pääbo said.

Once they were able to compare the human and Neanderthal genome sequences, they discovered that contrary to the common belief that the two species are not related, it appears the two actually bred enough for traces to appear in between one and four percent of modern human DNA.

“Those of us who live outside Africa carry a little Neanderthal DNA in us,” Pääbo said.

The scientists compared the genome sequences for European, Asian and Africans against the Neanderthal, and found that humans outside Africa show traces.

Now the group is working to determine which modern human genes may have come from Neanderthals and whether they provided an evolutionary advantage.

So far they have found genes related to cognitive function, metabolism and cranial features, the collar bone, and rib cage, the statement said.

“We will also decode the remaining parts of the Neanderthal genome and learn much more about ourselves and our closest relative,” says Svante Pääbo.