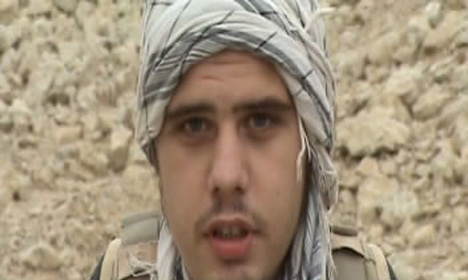 According to news magazine Der Spiegel, the Uzbekistan-based terrorist group the Islamic Jihad Union has issued a statement announcing that Breininger and the group’s webmaster were killed on April 30. German intelligence sources believe the webmaster may be a Lower Saxony-born man called Ahmet M. who was deported to Turkey seven years ago.

Breininger, a Saarland native and member of IJU, had repeatedly appeared on terrorist videos calling for holy war against Germany. He is also suspected of having ties with the Sauerland cell terrorists sentenced in March for poltting to attack US diplomats, soldiers and civilians.

The statement sent to the magazine said the two were killed near the city of Mir Ali, but Ahmet M. was allegedly able to kill four soldiers with a grenade “despite his severe injuries” before he died.

If the deaths are confirmed, Breininger, who changed his name to Abdulgaffar Almani, would be the fourth German Islamist to be killed in the region.