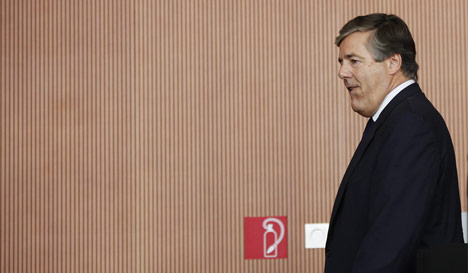 “Deutsche Bank could provide a loan of €500 million on the same conditions as those set by the federal government, Allianz a loan of more than €300 million and Munich Re more than €200 million,” the newspaper said without naming its source.

Eurozone finance ministers approved Sunday a €110-billion loan package for Greece, to be extended over three years by the bloc and the International Monetary Fund.

German Finance Minister Wolfgang Schäuble reportedly met German bank directors over the weekend to get them to contribute to the Greek financial rescue plan.

The business newspaper Handelsblatt quoted sources close to the government as saying Schäuble wanted “a voluntary commitment” from the banks to buy Greek debt as a “stabilisation measure” aimed at volatile financial markets. Such a move would also help soothe German public opinion, which is currently opposed to helping Athens out of its fiscal jam.

The FTD said Deutsche Bank chief Josef Ackermann was first to respond to the state’s request and that he convinced insurance giant Allianz and the reinsurer Munich Re to follow suit.

Berlin had been reluctant to approve an unpopular rescue plan ahead of a key regional election this month. But a poll released Friday found that 53 percent of Germans would accept a Greek rescue if the banks took part.