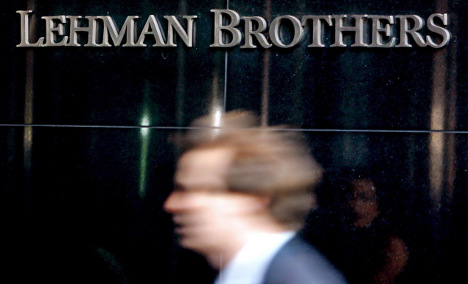 The court ruling overturned two previous rulings that had granted compensation to the investors from the Hamburg savings bank Haspa, through which the securities were bought.

The Hamburg court addressed two similar cases, one mounted by a teacher, the other by a businesswoman, each of whom bought €10,000 worth of securities from the US bank in 2006 and 2007, on the advice of Haspa.

Both lost the money when Lehman brothers went bust at the end of 2008. Many similar cases regarding the Lehmen Brothers crash are pending across Germany – indeed the exact number is not known. One Dutch subsidiary of Lehman Brothers is supposed to have sold 30,000 securities to 50,000 investors.

The Hamburg court ruled that Haspa had not breached its duty when it gave the advice to buy the securities. It disagreed with the previous rulings by lower courts that the case hinged on Haspa’s own profit margins and the information it provided about guarantees or insurance for the Lehman securities.

First, the bank did not have a duty to inform their customers purchasing financial products about the size of their profits, the court ruled.

“That would result in the profit and cost structures of banks ending up on the open market,” said lead judge Ralph Panten.

It was obvious, moreover, that a bank selling such securities was going to make a profit.

Furthermore, Haspa did not have to make a special point that the Lehman securities were not subject to German deposit guarantees, the court ruled. The investors had been aware that a total loss could happen, it said.

“You have portrayed yourselves here as rather simple,” Panten told the plaintiffs. “When you say you had not understood the product, I ask myself why you bought it.”

At the time of the transaction, the Lehman securities had been largely sound investments. The possibility of the firm’s going under seemed far-fetched.

“When everything falls apart, the money goes,” the judge said, adding that this was what had happened in the case of the securities.

Outside the court, the investors said they were disappointed and upset.

“An outrage,” one declared.

Haspa welcomed the ruling. However, the case is likely now to be appealed in the federal court.