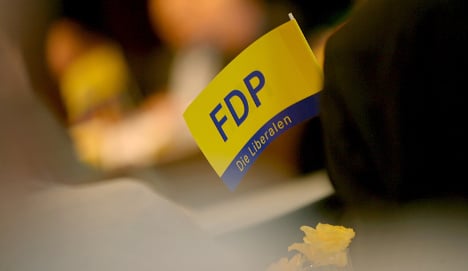 The simmering tension in the government coalition over the liberal FDP’s tax reform proposals has continued beneath the surface even as the government scrambled to deal with crises such as the Icelandic volcano ash cloud and Afghanistan.

In an interview published Friday, the party’s parliamentary leader, Birgit Homburger, vowed her liberal colleagues, many of whom are hungry for even greater tax reform, would back the recently-announced compromise plan.

“I am firmly convinced that a great majority of the party will rally around it,” she said.

The new tax plan, a slimmed-down version in recognition of Germany’s massive public debt, would deliver relief totalling €16 billion and simplify the income tax system, leaving only five tax brackets. Originally the party had wanted to deliver €24 billion in relief and have just three tax brackets.

Yet Homburger’s optimistic assessment came even as Wolfgang Böhmer, the conservative Christian Democrats Premier of Saxony-Anhalt, lashed out at the FDP plan, saying Germany couldn’t afford it.

“So long as the budget can only be financed by taking on new debt, we can’t cut taxes,” he told Handelsblatt. ”A rash tax cut at the cost of greater debt makes no sense.”

Saarland Premier Peter Müller also spoke out against the FDP proposal, particularly its plan to partly pay for the tax cuts by bringing forward the end to grants for struggling coal mining regions.

“The proposal of the FDP endangers the … long-negotiated accord of 2007, in which all parties agreed to a gradual phase out of coal mining (subsidies) until 2018,” he told Handelsblatt.