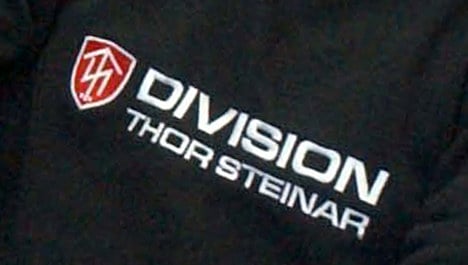 Since December 2008 Storch Heinar, or “Stork Heinar,” has mocked the neo-Nazi scene with t-shirts and other products bearing the image of an awkward cartoon stork with a Hitler-style moustache and hairdo. The label funds the Social Democratic activist organisation Endstation Rechts, which aims to fight right-wing extremism in the state of Mecklenburg Western-Pomerania.

The tongue-in-cheek label has apparently done so well that now Thor Steinar’s parent company MediaTex is taking them to court on June 23 in Nürnberg-Fürth.

“We want to highlight that the brand ‘Thor Steinar’ has a high status and symbolic significance in the scene,” said one of the project’s initiators, Mathias Brodkorb, a Social Democrat and Mecklenburg Western-Pomerania state parliamentarian.

Brodkorb says he has frequent run-ins with parliamentarians for the neo-Nazi NPD party, which has had six seats in the state legislature in Schwerin since 2006.

The t-shirts, mugs, and even dog outfits bearing Storch Heinar’s image have sold throughout Europe, Brodkorb said, describing the silly stork as a “poor bastard.”

MediaTex, based in the Brandenburg city of Zeesen, apparently tried to trademark the Storch Heinar name soon after the t-shirts appeared, but was rejected and followed up with a lawsuit against the activist group.

The company, known for being litigious, acknowledged it had initiated the lawsuit but refused to comment on the case.

But Brodkorb said Endstation Rechts won’t bow to the legal pressure, and has instead launched a new t-shirt series to boost funding for legal costs. The shirts indicate that the purchaser is a Weltkriegsverliererbesieger, or “World War loser conqueror.”

“However the trial goes, we’ll figure out how to keep the clothing shop open,” he said.