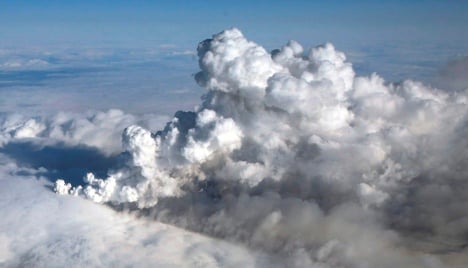 Air traffic authorities were unable to say if they would reopen in the morning or whether Germany’s busiest airport, in Frankfurt am Main, would be affected. The massive cloud of ash from the Eyjafjallajokull volcano is expected to reach Frankfurt during the night.

The ash from Iceland also caused havoc for flights in and out of Britain, Ireland and Scandinavian countries. Dozens of flights from German airports to these countries were grounded all day Thursday.

“This is the first time in the history of European air travel that we’ve been confronted by such a phenomenon,” said Brian Flynn, the head of the regional air traffic safety authority Eurocontrol.

Lufthansa spokesman Thomas Jachnow said several dozen flights of the airlines’ flights to other affected countries had been cancelled or delayed.

Eurocontrol had announced earlier on Thursday the ash cloud was set to enter German airspace after 4 pm. It warned airlines about the cloud, but left them to decide whether or not to cancel flights because of the impact on visibility.