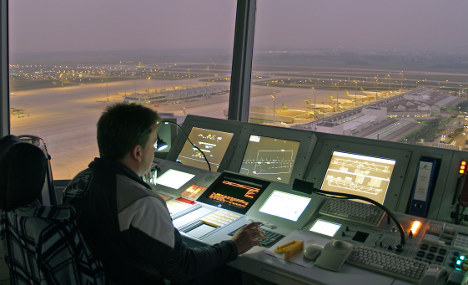 But the GdF won’t reveal the date or scope of their strike until 24 hours ahead of time, it said, adding that any aviation emergencies would still be attended to during that time.

“It’s open as to when the action will begin,” GdF leader Markus Siebers said.

The labour dispute centres on controllers’ workload. DFS labour director Jens Bergmann called the union’s demands for its some 3,200 workers “incomprehensible” and asked that they return to the negotiating table.

On Thursday, pilots for Europe’s largest airline Lufthansa have called off their threat to strike following an agreement on negotiation guidelines between their union Cockpit and the carrier.

The pilots had initially planned what would have been a very expensive four-day strike from April 13-16 for Lufthansa, Lufthansa Cargo, and subsidiary Germanwings.

But now the two sides late on Wednesday agreed to take their dispute to mediation, they said.