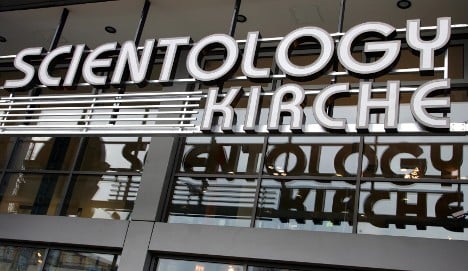 Joachim Herrmann tried this week to drum up support to ban the group, which many in Germany deem a destructive cult.

However, his counterparts elsewhere have failed to take up the mantle. North Rhine-Westphalia’s Interior Minister, Ingo Wolf, despite sharing Herrmann’s distaste for the organisation, warned a ban would be difficult and may also be ineffectual.

“The obstacles to such a move are considerable,” Wolf told the Kölner Stadt-Anzeiger daily.

He said it would need to be shown that the goals and function of the group was against the law, rather than just its doctrines. Furthermore, a ban could “not get rid of the system of ideas in the heads of Scientology followers.”

Rather, the whole community needed to be involved. Wolf said the group should be watched by the domestic intelligence services, and added: “Scientology is a dangerous psycho-sect.”

Hermann said this week that the Church of Scientology was clearly contemptuous of human values, posed a danger to the Germany’s constitution and was “at odds with the basic principles of our democracy.”

Therefore he called “very clearly for a ban on Scientology.”

He acknowledged there was as yet no majority support among politicians around the country for such a ban, but said he would continue to discuss with other interior ministers, and added that mere talk of a ban was helping keep potential followers away from the group.

In a statement this week, the Church of Scientology accused Herrmann of “cheap populism.”