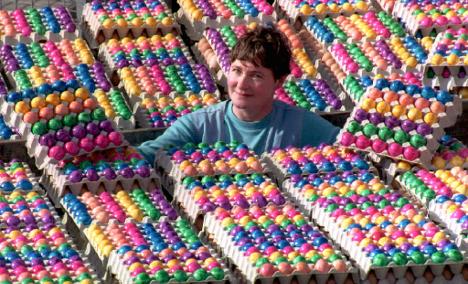 “With the cage ban we have lost 15 percent of the animal population,” president of the National Union of Farmers (DBV) Gerd Sonnleitner told daily Rheinische Post on Monday. “Right now we are producing only about half of our eggs ourselves.”

Many farms have given up selling eggs due to the high cost of switching over to friendlier methods of production after the January 1 ban went into effect, he explained.

To make up the difference in demand, the rest of the eggs are imported, many of them from the Netherlands or Belgium.

Some EU countries still allow battery cages even as the practice is being phased out, and there is no ban on importing these eggs, Financial Times Daily reported on Tuesday.

Meanwhile the German government defended the battery cage ban, saying it had taken a leading role in implementing the ban ahead of the European Union-wide end to battery cages set for 2012.

“Those who have switched over in time can profit significantly from the current egg market situation,” a ministry spokesperson told news agency DPA on Monday.