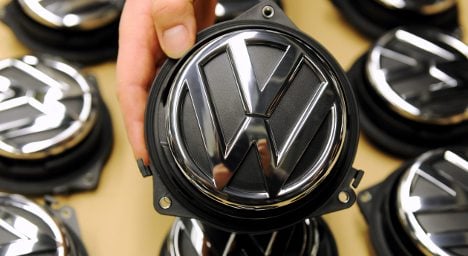 VW said it would raise around €4.42 billion via the issuance of up to 65 million preferred shares, a decision expected to be approved by its supervisory board on Friday.

VW said it would also provide details on the final subscription price at that time.

Holders of VW’s preferred shares, those traded on the stock exchange, do not have voting rights.

“The net proceeds from the offering of the new shares are intended to be used for the purpose of enhancing Volkswagen’s capitalisation against the background of the planned creation of the integrated automotive group with Porsche,” a statement said.

The operation should “strengthen the financial stability and flexibility as well as to maintain the current credit ratings of Volkswagen,” it added.

The news caused VW stock to plunge in midday trading on the Frankfurt exchange.

The shares lost 6.72 percent to €68.05, because a capital increase dilutes the value of existing stock.

Frankfurt’s DAX index was 0.27 percent higher overall. Analyst Heino Ruland of Ruland Research was quoted by Dow Jones Newswires as saying that the operation lacked clarity, stressing that “the markets want to know the terms.”

“VW is probably gambling with the price,” Ruland said.

Last year, VW shareholders including the Gulf state of Qatar and the German state of Lower Saxony, approved a capital increase of up to €8.5 billion.

The subscription period for the one announced Tuesday is to run from March 31 to April 13.

The capital increase is designed to help finance VW’s takeover of Porsche without affecting the Wolfsburg-based auto giant’s bottom line and while maintaining strong credit ratings.

They are important so VW can continue to raise funds for its ongoing operations on capital markets at favourable conditions, even though the group had ample cash reserves of €10.6 billion at the end of December 2009.

Early this month, VW’s finance director said the group might just make one capital increase of around €4 billion, and that the money raised could also help finance other projects “in the medium term.”

VW bought almost 20 percent of the shares in the Japanese auto maker Suzuki late last year, and has expressed interest in creating a major heavy vehicle manufacturer with its Swedish brand Scania and the German industrial group MAN.

The firm estimated that VW was expensive once the Porsche transactions and capital raise was accounted for.