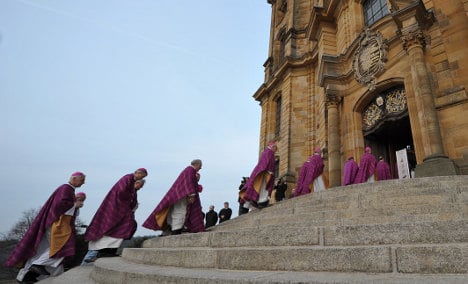 The justice minister said the Bavarian bishops were an example to other regions, as an increasing number of cases of sexual abuse continued to be uncovered across the country.

“The decision by the Bavarian bishop’s conference opens a new way for all German dioceses,” Leutheusser-Schnarrenberger told daily Berliner Zeitung on Monday.

According to the minister, every suspected case of abuse has been handed over to investigative authorities since the decision.

“The Bavarian approach and the debate within the Church are themselves an encouraging sign – for the victims too,” the Free Democrat told the paper.

Last week the Bavarian bishop’s conference agreed they would inform public prosecutors of every suspected case of sexual abuse by priests, and pledged to work toward making this compulsory notification a rule for the national bishop’s conference.

But Roth told daily Rheinische Post she was disappointed by Benedict XVI’s letter to Irish Catholics over the weekend.

“It’s incomprehensible that that the pope didn’t address the abuse cases in Germany’s Catholic institutions with a single word,” she said.

On Saturday German Archbishop Robert Zollitsch said the letter included a warning to Germany’s clergy despite no specific mention of the scandal within the pope’s home country.

The letter is “at the same time a warning to us,” Zollitsch said in a statement, and “is valid for the entire Church,” he said.

Germany’s Catholic Church has been thrown into crisis in recent weeks as hundreds of people have come forward alleging they were abused as minors by priests between the 1950s and 1980s.

Zollitsch called it “a Church scandal in several regions and a scandal for the Church in Germany” and lauded the pope, who is German, for speaking out.

“When a difficult truth is expressed publicly, it seems painful, but it is also liberating,” he said.