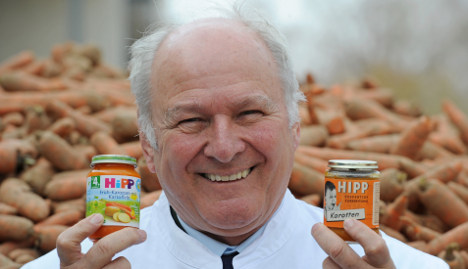 Hipp believes the dramatic demographic changes in Germany mean it needs to think about who might see the advantages of nutritious, easily digested food that needed little or no chewing.

“In the past, we had twice as many births – of course you have to think about that,” company chief Claus Hipp said on Wednesday. “In our society, which is getting older, baby food will have a future in the adult sector.”

In particular, young mothers and older people these days often resorted to the well-known baby food brand, which this year celebrates its 50th birthday, he said.

The firm had sales last year of about €500 million – €90 million more than in 2008. About half of the sales were in the strongly growing overseas market.

Germany has one of the lowest birth rates in Europe – 1.4 children per woman – and data released in November suggested that at current rates, the country’s population could shrink by up to 17 million in the next 50 years.