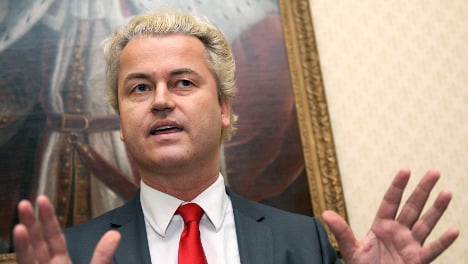 The parliamentarian and leader of the far-right Party for Freedom, along with several armed bodyguards, stayed from Saturday afternoon until Sunday morning in the town, according to police in the city of Aachen.

Wilders, who promotes a strongly anti-immigration and anti-Muslim platform, has called for the Koran to be banned in the Netherlands, among other incendiary positions. His party recently performed strongly in council elections.

Monschau Mayor Margareta Ritter said she was concerned that Wilders’ presence had tainted her town with the suspicion that it was sympathetic to his views. As a result, Monschau had unfairly been connected with extremism in the European press.

“Of course I care very much if such persons feel comfortable here,” she said. “Anyone who pollutes the integration debate in the Netherlands with poisonous right-wing populism as Wilders has, is not welcome in Monschau. I wanted to distinguish Monschau from that.”

But she was not in favour of a legal bar against Wilders’ coming to the area and if he wanted to return, he could, she said. The populist politician was briefly barred from entering Britain in 2009 for his unsavoury views.

Wilders presence in Monschau only became public knowledge because he suffered a dizzy spell there.

Whether Wilders was merely holidaying in Monschau or had been meeting with like-minded people, Ritter was unable to say.

Police were in contact with Wilders’ bodyguards drove past his hotel several times to check there was no trouble, according to a police statement. The outspoken opponent of Islam has received death threats from Muslim militants and therefore has his own, round-the-clock bodyguards.