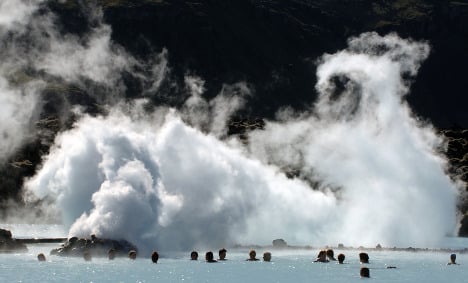 Both on the verge of bankruptcy, the two countries have come up with similar strategies to reel in deal-hungry Germans. Iceland and Greece relied heavily on tourism before the financial crisis, and are now trying to revamp the industry with a charm offensive and expanded trip offerings specifically for Germans.

“Right now in the crisis the German tourist is more important for us than ever,” Iceland’s Ambassador to Germany Gunnar Snorri Gunnarsson said at Berlin’s ITB tourism trade fair this week.

Five airlines have increased their flight frequency from German cities to the tiny North Atlantic island, and in high season some 36 flights will head across the ocean to Iceland each week.

The country hopes to boost a trend that began after its small economy was rocked by the global financial crisis in 2008. Since then, Gunnarsson said prices have dropped by 12 percent – followed by a 15 percent increase in German visitors.

Meanwhile Greece, currently engulfed in an attempt to avoid default, has made a gutsy promise of stable prices for tourists and an additional 4,000 hotel beds.

“Come to Greece – right now. Now we are more hospitable than ever,” deputy tourism minister Angela Gerekou said at the ITB.

The country, which garners some 18 percent of its gross domestic product from tourism, is desperately fighting to hold on to its reputation as a vacation destination by not raising prices even as the government plans to slash public sector wages and hike taxes.

Some German politicians suggested Greece sell a few of its islands to stay solvent and the press in both countries has stooped to mudslinging stereotypes.

“You can be certain that we really love the Germans,” Gerekou said.