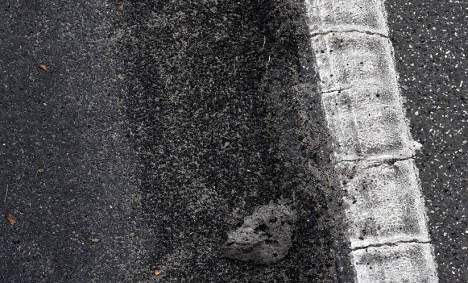 One of the oldest stretches of autobahn known as the Hansalinie, or “Hanseatic line,” the A1 connects northern German cities in the historic trade alliance. Years of traffic congestion between Hamburg and Bremen were expected to come to an end with the completion of an expansion to six lanes two months ago, but something went wrong.

“The upper surface is just crumbling away,” Lower Saxony traffic official Heiko Gerken said on Wednesday of the road that sees some 70,000 vehicles each day. “The pavement is dissolving four centimetres deep.”

The situation is overshadowing what was Germany’s largest-ever public-private partnership. The government teamed with private companies Bilfinger Berger and Bunte Gruppe to form the “A1-Mobil” consortium to construct and manage the 73-kilometre stretch of autobahn.

But concerns about the quality of the construction are rising as Bilfinger Berger becomes more deeply embroiled in the investigation of what caused a metro tunnel to collapse in Cologne. There officials suspect organised crime may have played a role in the ramshackle underground building practices that likely led to the deadly collapse of the city’s archive. Building experts have also discovered similar problems within the Mannheim-based company in the nearby city of Düsseldorf.

Experts aren’t sure what could have gone wrong with the new so-called “whisper asphalt,” and don’t think the long, cold winter could have caused the damage.

“It is pretty strange,” said ADAC auto club expert Dirk Matthies. “One doesn’t see such a thing on new streets.”

The A1 consortium has responded to inquiries only to say that they are investigating the problem and do not plan to delay the project’s end in 2012.