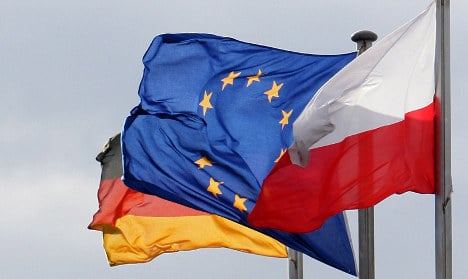 A survey by Polish pollster CBOS that was published by the newspaper Rzeczpospolita showed only 14 percent of Poles still had anxiety associated with Germany. Back in 1990, when Germany first officially recognised its eastern border with Poland, 88 percent of Poles said they feared the Germans.

In contrast, half of all Poles still said they fear Russia, though the number was down from 67 percent five years ago.

Polish psychologist Janusz Czapinski said his countrymen had come to realise modern Germany had nothing in common with Poland’s wartime Nazi occupiers and that Germans now treated their neighbours in a “friendly and peaceful” fashion.

“The majority of EU funds that we use come from our western neighbour,” Czapinski told the paper.

Despite Germany’s troubled history with Poland, ties between the two countries have improved considerably since Warsaw joined both NATO and the European Union.

However, relations with Berlin suffered during the nationalist-conservative government of former Polish premier Jaroslaw Kaczynski from 2005 to 2007. Polish officials also bristled periodically due to a now resolved dispute about a foundation meant to remember the suffering of German civilians expelled from lands now part of Poland immediately after World War II.