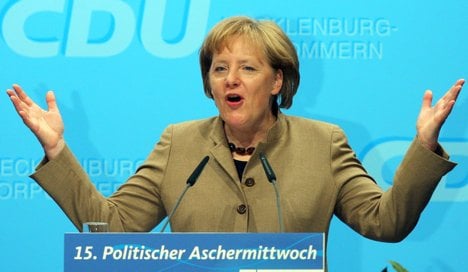 “There’s a huge difference between Mrs. Merkel’s words and her actions,” he told daily Der Tagesspiegel on Sunday. In his opinion, the right decision was also the most obvious: “We need to reintroduce the old, pre-Hartz-IV special allowances for children.”

Under the old system, unemployed parents could reclaim the money for items such as winter coats or school computers by handing in the appropriate receipts.

The leader of the Greens, Renate Künast, also criticized Merkel’s proposal, arguing that the welfare payments for children should be sufficient for children’s needs in the first place, and that midday meals, sports activities and cultural opportunities should be provided by local authorities.

The only voice of support came from the chancellor’s junior coalition Free Democrats. Party deputy leader, Heinrich Kolb, said he was happy to see that Merkel’s statement was more in line with the FDP’s way of thinking.

“The FDP and the CDU will be able to agree to reforms on the basis of this argument,” he said.