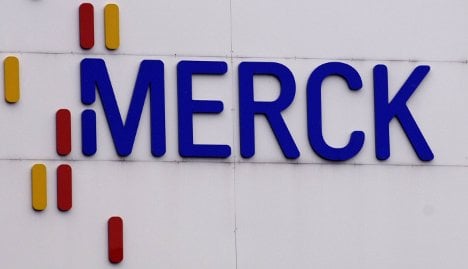 Investors appeared to share his enthusiasm and Merck shares shot up in midday trading on the Frankfurt stock exchange.

Merck will pay $7.2 billion dollars (€5.3 billion) for Millipore, which is based near Boston, as “a very important step for the strategic reorientation of our chemical business,” Kley told a press briefing at Merck’s headquarters in Darmstadt, south of Frankfurt.

He did not give details on how the expensive deal would be funded, saying only that part would come from Merck’s cash pile and part from a syndicated loan from US and European banks. The group hoped to quickly begin repaying the loan with the proceeds of a future bond issue, Kley said.

Under an agreement reached by the two sides, Merck will acquire all of Millipore’s outstanding shares for $107 per share in cash. Carsten Kunold, a sector analyst at the private German bank Merck Finck, said: “In our view, the valuation is rather high.”

But Merck KGaA CEO Kley stressed that “our geographical reach will be extended in the world and especially our presence in the US will be enhanced.”

He noted that the United States remained the world’s biggest pharmaceuticals and chemicals market.

“This is a combination with an excellent strategic fit, which will allow us to cover the entire value chain for our pharma and biopharma customers, offering integrated solutions beyond chemicals,” he added in a statement.

Last year, Millipore generated $1.7 billion in sales. It has around 6,000 employees in more than 30 countries. Merck expects the combined business to generate annual cost savings of around 100 million dollars, and estimated total integration costs of $150 million in 2010-2011. The two companies had combined sales last year of €8.9 billion.

The deal still requires approval by Millipore shareholders at a special assembly and must pass scrutiny of antitrust authorities. Kley said Merck expected to close the deal in the second half of 2010.

“This transaction is a compelling investment opportunity to unlock value in Merck chemicals” and “achieve a better balance between the pharmaceutical and chemistry divisions,” Kley said.

“This is, so to speak, a built-in guarantee for growth,” he stressed “It is almost perfectly in line with Merck’s acquisition criteria. If we could win a gold medal we would have won it.”

Shares in the German group surged in midday trading, gaining 2.08 percent to €59.00 while the DAX index of German blue-chips was 1.17 percent higher overall.