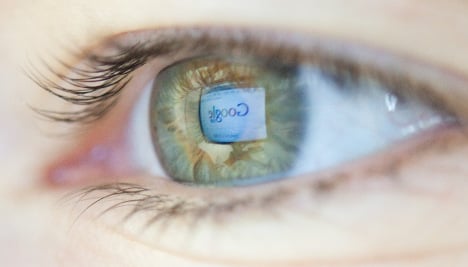 The US company isn’t far from being a monopoly, Schaar said.

“A company increasingly controls the virtual world. We’ve never seen such a thing in the real world,” he said, calling on politicians to “limit and control the power.”

Schaar also referred to an Economy Ministry amendment to anti-trust laws currently underway that would help break up monopolies.

Already available for large parts of the United States and several other countries, Google Street View publishes panoramic images of cities and towns from the street perspective so that users can take a virtual tour of a city. The images are captured by cameras mounted on cars that drive up and down streets.

The service has stoked fierce privacy objections in Germany and Google has already agreed to blur faces and car licence plate numbers before it posts the images on the internet.

Schaar called the navigation program a “double data protection problem,” because personal property and homes are not only photographed but these images are then made available online.

Despite Google’s agreement to make anyone caught on camera anonymous, the central question remains the hidden data behind the use of the program, which the company will use for advertising purposes, Schaar said.

“Google should do everything to create total transparency and open up about what happens with the data and how its services are connected,” he said, adding that the company should not be allowed to use the protection of its trade secrets as an excuse.

But the head of Google’s German legal department Arnd Haller defended the company.

“We have come to this conclusion: that the product is legal,” he said.

On Tuesday, the University of Hannover presented a legal study commissioned by Google which found that Street View was “harmless to data protection laws.” Google is expected to launch the application in Germany before the end of this year.

“The notion that German data protection law doesn’t apply to Google Street View is incomprehensible,” she said. “Instead I expect Google to provide the most transparency possible and protection for personal rights.”