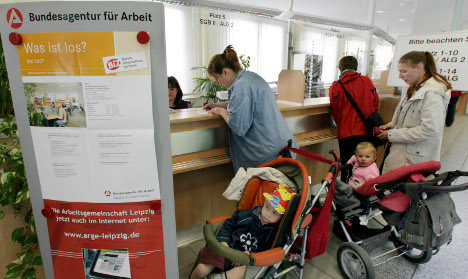 After Germany’s highest court ruled earlier this week that the way Hartz IV benefits were calculated was unconstitutional, Schäuble firmly insisted in an interview with daily Frankfurter Rundschau that this did not mean benefits would have to be lifted.

Instead, he cautioned that the federal budget – which has already gone into unprecedented deficit this year – was under strain and could not bear additional burdens.

“The constitutional court didn’t specifically say the Hartz IV rates were inadequate, only that the method for calculating them should be changed. I don’t see that that has to have an impact on the federal budget,” he said.

Schäuble continued: “We must not lose sight of the fundamental idea of Hartz IV: the necessary social benefits must not make it unattractive to accept a job. In other words, the principle that wages should be higher than benefits has to be maintained.

“This country pays out about a trillion euros per year in public services, including social security. That is on average €12,500 per person. So you have to ask whether can’t improve the efficiency of our public services.

Asked whether that meant there would be no more money for Hartz IV, he said: “Those are your words. But I don’t think you have misunderstood me.”

This contrasted sharply with the rhetoric of Labour Minister Ursula von der Leyen who, while not precisely calling for a hike in benefits, has repeatedly interpreted the court’s decision as grounds for a more generous approach.

“The Constitutional Court has made it clear: the minimum humane existence in our welfare state must be guaranteed, because it’s about the dignity of people,” she told Bild am Sonntag newspaper.

Von der Leyen was responding to controversial remarks by Foreign Minister and pro-business Free Democrats leader Guido Westerwelle that it was “socialist” to suggest people should not be substantially rewarded for choosing work over welfare and warning Germans they were showing signs of “late-Roman decadence.”

“We really don’t need to get stuck in such debates,” von der Leyen said of Westerwelle’s remarks. “The priciple that people should work is deeply rooted in the court’s ruling. Only through work do you get back out of Hartz IV. If we prevent people getting stuck in unemployment and poverty, it will also benefit the middle classes, who would otherwise be burdened with additional costs.”

Westerwelle has refused to back down despite widespread anger over his remarks. He told Sunday’s Bild am Sonntag: ”The criticism of my statements from the left is pure sanctimony. I have nothing to back away from.”

Earlier this week, Germany’s Constitutional Court kicked off a national debate about welfare by ruling that the amount of unemployment benefits under Hartz IV was not transparent in the way it was calculated and not gauged according to real-life circumstances.

In particular, the method of calculating children’s payments as a percentage of benefits given to adults was unconstitutional. The court ruled benefits should instead be calculated to ensure welfare recipients could at least live according to minimum humane standards.