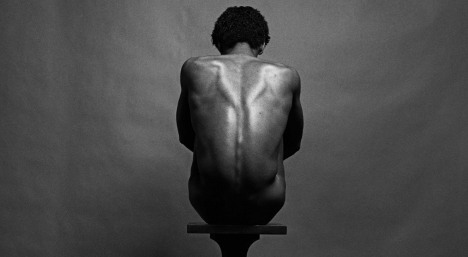 Love it or hate it, Karneval is just around the corner, you’re either planning your costume, or planning your escape. The street carnival is accessible for everyone and is generally a whole lot of fun – a time when the serious German attitude is replaced with fun and frivolity for five long days. But you might not have experienced the other side of Karneval – the committees, the Sitzungen and the many get-togethers with the prince, the farmer and the virgin, the jokes and the “organised fun”. A new exhibition at the Kölnisches Stadtmuseum, celebrates the other side of carnival and the anti-carnival that has enjoyed 25 years of poking fun at the “hardcore Karnivalists”. In the early 1980s the ritualistic pomposity and rigid routine of the Rheinish carnival met with increasing indifference, above all among young people who turned away from these traditional carnival celebrations. As a reaction, a group of university students experimented with an alternative type of celebration and brought the Stunksitzung into being in 1984 under the motto “Karneval instandbesetzt”. Stunksitzung (literally: stink meeting) is a pun of the traditional Prunksitzung where “humorous” speeches are made. This combination of political commentary and anarchy turned out to be a great success and has since added a political revue element to the traditional carnival. Criticism of political and cultural events in Cologne, side-swipes at the education sector and the Catholic Church, satirical remarks about the traditional Rheinish carnival, the parade and the Dreigestirn, are all typical components of the alternative carnival and have ensured its success for the last quarter century.

Robert Mapplethorpe at the NRW-Forum

In February you can see a major retrospective of Robert Mapplethorpe’s photographs at the NRW-Forum in Düsseldorf. Mapplethorpe dominated photography in the late twentieth century and paved the way for the recognition of photography as an art form in its own right; he firmly anchored the subject of homosexuality in mass culture and created a classic photographic image, mostly of male bodies, which found its way into commercial photography. Both during his life and since his death (in 1989), Mapplethorpe’s work has been the subject of much controversial debate. His radical portrayals of nudity and sexual acts were always controversial; his photos of sadomasochistic practices in particular caused a stir and frequently resulted in protests outside exhibitions. The curator of the NRW-Forum exhibition, Werner Lippert, is quick to point out that ‘this exhibition needs no justification. Mapplethorpe was quite simply and unquestionably one of the most important photographers of the twentieth century. It is an artistic necessity.’ The exhibitions’ selection of over 150 photographs covers early Polaroids from 1973 to his final self-portraits from the year 1988, and also includes both many well-known, almost iconic images as well as some never-before seen or rarely shown works.

Rhinebuzz will be hosting a regular “Stammtisch” for the international community at the NRW Forum, every Friday night in the bar from 8pm until midnight. The museum generously offers discounted entry to the exhibit, €3.80 after 6pm on a Friday, and a free tour in English at 9pm.

Stray off the beaten track once in a while and you’ll stumble across some great little shops in the Cologne’s back streets. One of our favourties is Tausend Fliegende Fische, a gorgeous little boutique on Roonstrasse, near to Zulpicher Platz. With its cosy retro look and huge assortment of cool fashion names it’s hard to leave the place without buying something. Sessun, Meltin Pot, Fornarina, Mbym tummeln, Blutsgeschwister and Nymph are just some of the labels you can choose from. There’s also a huge stock of jeans making it possible to find the most illusive of all purchases – the perfect pair of jeans. There are of course accessories, great bags and a select but enticing range of shoes. Make this one of your regular shopping haunts and turn your wardrobe into a thing of beauty.

You want to be “green” so you don’t have a car, you own a bike and you use public transport regularly. Give yourself a big pat on the back. But what happens when you move house and you need to buy new furniture? Or when you’re doing a grocery shop that just won’t fit into your bike basket? There are times when it is very handy to have a car. Luckily there’s a service around that makes it possible to not own a car, but to borrow one whenever you need to. Flinkster is a service offered by Deutsche Bahn – along the lines of the bikes you see scattered around the city, only with cars. There are pick up and drop off points throughout Cologne, all you need is an account and a special key-card, and a car can be yours for as long as you need it. The Flinkster Alfa Romeo MiTos can be hired for just € 1.50 per hour. You pay €20 per month and once you’ve received your key card you’re ready to go. You don’t need to put petrol in unless there’s less than a quarter of a tank left, and then there’s a gas card which you use to fill up the car – no cost to the driver. There are extra insurance packages you can take out – but these are the basic prices.

If you’d really like to treat yourself and significant other, then why not visit the newly “Michelin starred” Villa Leonhart in Königswinter. Their motto is “Gastronomy of the highest degree” and it’s not only the food that is top notch, the villa itself is a temple of beauty and style. The Bauhaus villa was renovated and redesigned by Dutch artist Wouter Dolk, and has been returned to its original twenties style glamour. The menu is full of the kind of spectacular dishes you would expect of a Michelin star restaurant like octopus, red cabbage and “Schwarzwurzel” or Beef Tea “classic” and caviar. A three course meal will set you back a mere €45, the full seven course winter menu is €104. There is of course a fantastic wine menu and a friendly waiter on hand to recommend the best accompaniment to your meal. Bon appetit.

JUDAISM
Ancient Jewish settlement to be brought back to life in Cologne
Url copied to clipboard!