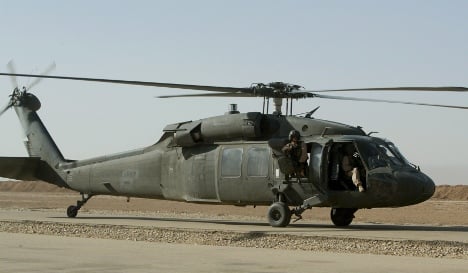 The helicopter was approaching the Coleman Army Airfield in the state of Hesse around 6:45 pm on Wednesday during a training mission when the accident occurred, killing all crew members on board, a statement said.

“Our condolences and prayers go out to the families and loved ones,” Brig. Gen. Michael A. Ryan, deputy commanding general, said in the statement. “The loss of these brave and dedicated soldiers is devastating for all of us.”

“I also want to recognize the prompt and professional response by the German police and fire fighters,” Ryan said. “They arrived at the scene as quickly as possible.”

According to German news agency DPA the aircraft went down near a motorway, and some 100 local rescue workers were on the scene overnight.

The US military has taken on the investigation and a team from the Army Combat Readiness/Safety Center at Fort Rucker, Alabama is on their way to assist, the statement said.

Soldiers’ names will not be released until their families have been notified.