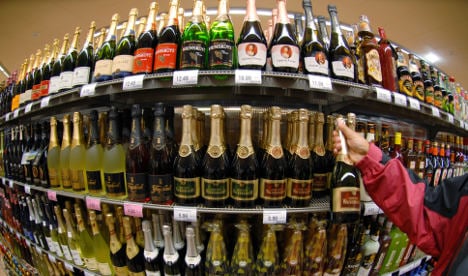 Eleven out of the country’s 16 state offices of criminal investigation responded to the survey by broadcaster ARD, which concluded that the number of alcohol-related violent crimes went up by up to 17 percent in the last 10 years.

According to the broadcaster, such statistics haven never been compared on a national level before.

The southern state of Bavaria had the highest increase, with the percentage of alcohol-related violence jumping by 17.4 percent from 2000 to 2008. Meanwhile the states of Rhineland-Palatinate, Brandenburg and Lower Saxony reported increases of between four and 12.4 percent.

One of the nation’s top criminologists, Christian Pfeiffer, told ARD that police statistics and studies on unreported crime show that Germany has a “massive alcohol problem among young people that has trended upwards” compared to other nations.

The head of the KFN criminology research institute of Lower Saxony also referred to one of the institution’s studies that polled some 45,000 youths nationwide to find a direct link between violence and alcohol consumption. Particularly brutal attacks, such as the beating death of Dominik Brunner at a Munich S-Bahn stop last year, are often alcohol related, he said.

Pfeiffer encouraged a blanket alcohol ban for young people under the age of 18, which he said would help reduce violence. Current law allows children to begin buying beer and wine at age 16. But an increasing number of European Union countries are implementing an 18-and-old alcohol law, ARD reported.