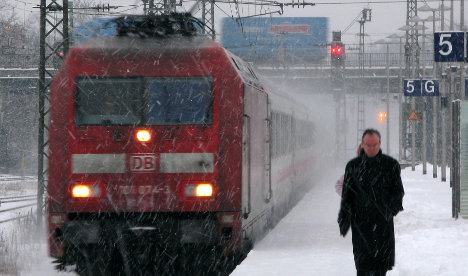 At 10 pm on Wednesday night, the girl identified as Jennifer found herself standing outside the closed Königs Wusterhausen station – where the temperature had dropped to -18 degrees Celsius, daily Bild reported on Friday.

The girl had been in Berlin visiting a friend, and assumed that the cost of her trip home to Groß Köris would equal that of her ticket into the city. But the train conductor informed the teenager that she had to pay an additional €2 to buy her ticket on board.

When Jennifer failed to produce the extra cash, the conductor forced her to disembark, refusing to speak with her mother on her mobile phone.

“This approach is totally unacceptable, we are very shocked,” a spokesperson for national rail provider Deutsche Bahn told the paper, adding that the woman has since admitted her mistake.

“There will be consequences,” the spokesperson added, explaining that all employees have been informed they should “on principle not throw children off the trains.”

The company said it plans to apologise to the girl’s family and has suggested meeting in person.

Train customer association Pro Bahn said it was disgusted by the incident.

“This can’t be,” leader Karl-Peter Naumann told the paper. “It’s about humanity and also the image of Deutsche Bahn.”

As a result of two similar incidents in 2008, the rail company instituted a new rule forbidding employees from forcing children from their trains.

In October of that year, a conductor forced a 12-year-old girl on her way to cello lessons to get off a train at dusk in a remote rural area because she forgot her ticket. She was forced to walk five kilometres with her instrument despite protests from adult passengers who offered to buy her ticket and complained that it was irresponsible to leave her alone so far away from home.

In November 2008, a 13-year-old was forced off a train in Wittstock for forgetting her train fare with no way to contact her family for help.