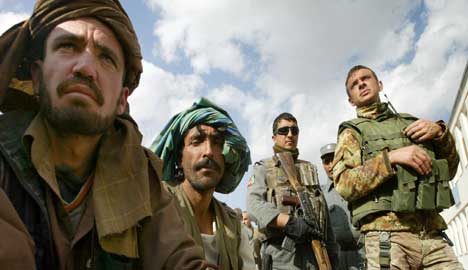 “There are many followers of the Taliban terrorists who have gone down the wrong path due to economic reasons, not fanatical beliefs,” he said in an interview with the Bild am Sonntag newspaper.

He said the idea was to offer these people and their families the opportunity to reject violence and reintegrate them into the larger Afghan society.

“And for that, we will get our wallets out,” he said.

Westerwelle, who is also Germany’s vice-chancellor, will represent the country at the international Afghanistan conference to be held in London on January 28.

Washington has made similar proposals to bring mid and low-level Taliban fighters back into mainstream society, but leaders of the radical group have been hostile to negotiations.

The Taliban pays its foot soldiers more than the Afghan government does its own security forces. Karzai has said the plan depends on financial backing from the international community.

German Development Minister Dirk Niebel also expressed support for such a plan, saying he could well imagine Berlin contributing to the fund.

It was important, Niebel told the newsmagazine Focus, to “give a chance to those who are ready to swear off violence and get behind the country’s constitution.”