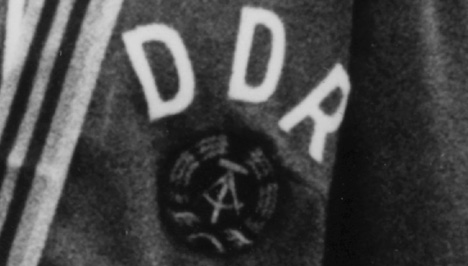 “I had become increasingly aware my name would remain forever associated with this record unless I did something,” Tettenborn told weekly magazine Der Spiegel.

“I would, in a way, feel responsible should young athletes use drugs in an effort to try and beat this record.”

Tettenborn competed under her maiden name of Walther in the East German squad which set the then-world record of 3min 15.92sec, which took three seconds off the previous mark, on June 3, 1984.

The Soviet Union squad then broke the world record at the 1988 Olympic Games, lowering the record to 3min 15.17sec.

The earlier record set by the East German squad has always been presented as a national record here, but Tettenborn wants no part of it anymore.

“It is clear that for some, I am now one of those who has dirtied the past, but I had to do this for myself,” explained the 47-year-old.

She also admitted taking doping products to prepare for the 1980 Olympic Games in Moscow, when aged just 17.

“My coach would have exploded in rage if I had said I did not want to take these pills anymore,” she said.

Another former GDR sprinter, Ines Geipel, has also made a similar step, asking the German Athletics Federation to have her name removed from the 4x100m world club record.