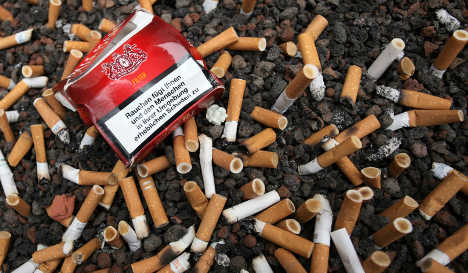 The increase in spending is despite what appears to be a move away from expensive cigars and cigarillos during the financial crisis.

Tobacco products worth €22.8 billion retail were sold in Germany in 2009, a total sum of 1.4 percent more than in the previous year, the new Destatis figures showed.

Yet the number of taxed cigarettes dropped by 1.6 percent to €1.4 billion. The financial crisis seems to have hit the luxury tobacco market in Germany particularly hard, with the taxed sales of cigars and cigarillos down by 24.6 percent.

Sales of pipe tobacco were down by 57.2 percent, but this initially startling figure seems to have been largely generated by a change in the tax rules which put so-called pseudo pipe tobacco into the same category as fine-cut, as it is not suitable for pipe use.