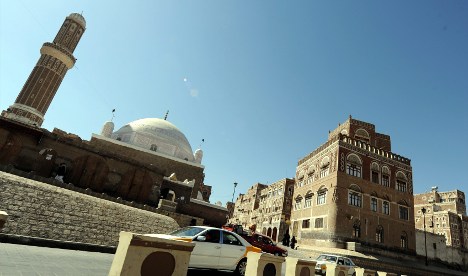 The report on the magazine’s website came a day after Yemeni Foreign Minister Abu Bakr al-Kurbi said the hostages had been located in Saada in northern Yemen and that his government had begun talks to secure their freedom.

The five Germans, including three children, and the Briton were abducted together with two German Bible students and a South Korean, all women, who were shot dead soon afterwards.

German Foreign Minister Guido Westerwelle, who visited Yemen this week, thanked President Ali Abdullah Saleh and the Yemeni authorities for doing “everything in their power” to return the hostages home safely.

Der Spiegel said that a Huthi rebel was acting as a go-between, and that the hostage-takers were also demanding immunity, free passage and a guarantee that they will not be handed over to neighbouring Saudi Arabia.

Sanaa has repeatedly pointed the finger of blame at Huthi rebels for the kidnappings, a charge they deny saying the government was behind the abduction as an excuse to attack the rebels and their stronghold in Saada.

The Huthis, who have since November also been in conflict with the Saudi military across the border, denied holding the hostages on Wednesday.

“To carry out kidnappings is not our way, it’s not our style, and the accusations against us are unfounded,” Mohammad Abdelsalam, a spokesman for the rebellion, told AFP by telephone.

“Our relations with Germany have been historically good,” he said, pointing out that a leading figure in the Huthi movement, Yahia al-Huthi, lived in exile in Germany.

He said the Yemeni authorities were “responsible for the fate of the hostages and any other person to be found on Yemeni soil.”

More than 200 foreign citizens have been kidnapped in the past 15 years in Yemen. The vast majority have been freed unharmed.