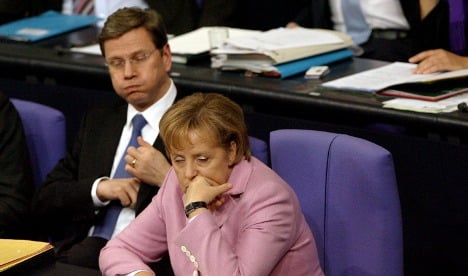 Last week the ruling coalition was still one point ahead.

“Before the election the FDP awoke high expectations among their supporters, medium sized businesses and the self-employed, but has not fulfilled them. Many turning away deeply disappointed.” said Manfred Güllner, head of pollster Forsa, who questioned 2,501 representative voters for the poll between January 4 and 8.

Meanwhile the centre-left Social Democrats remained stuck at 22 percent of voter support, while the environmentalist Greens gained one point to reach 14 percent – their highest poll rating since 1997. The socialist Left party stayed at 11 percent.