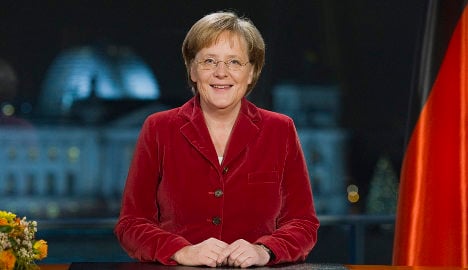 As Merkel’s Christian Democratic Union (CDU) geared up for a party leadership meeting, the state parliamentary leaders from Hesse, Saxony and Thuringia, Christean Wagner, Steffen Flath and Mike Mohring, as well as the Brandenburg deputy leader Saskia Ludwig, stepped up to criticise her.

They accused Merkel of neglecting the CDU’s profile amid attempts to stem infighting between its Bavarian sister party the Christian Social Union (CSU) and the Free Democratic Party (FDP) – all three of which make up the governing coalition.

“The presidential style of the chancellor has brought her a high personal popularity rating, but low party political identification,” the group wrote in the Frankfurter Allgemeine Sonntagszeitung on Sunday.

They said that the September election was not won by the CDU/CSU and FDP grouping due to a convincing election campaign – rather good luck for the CDU. They also suggested that the coalition led to a weakening of senior coalition partner the CDU, which had to make “compromises but sell them as victories” during negotiations to create a government.

Meanwhile secretary general of the party Hermann Gröhe said such analyses should take place within the party, not in the press. He said Merkel’s popularity was an important bonus for the CDU.

Others lining up to defend her included Schleswig-Holstein’s state premier Peter Harry Carstensen. He said the criticism was unjustified, in poor taste, and disregarded the fact that her popularity had helped win the election.