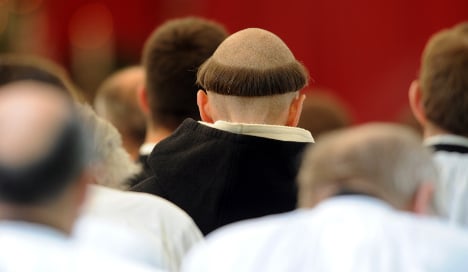 Father Franz Schmidberger said members of country’s clergy had called into question Catholicism as the only true faith – which indirectly cast doubt on Christ’s divinity.

“A certain group of bishops isn’t primarily opposed to or critical of the priest brotherhood of St. Pius X – they actually have a disturbed relationship with the pope and the theology of the Church over the centuries,” Schmidberger said.

The verbal broadside comes shortly before discussions between the Vatican and Society of St. Pius X, which was stripped of ordination rights by Rome after they refused to recognise a raft of modernising changes to the church in the late 1960s.

But the pope caused concern and outrage earlier last year when he lifted the excommunication of four Pius brotherhood bishops including Richard Williamson – a Holocaust denier – who had been thrown out of the church in 1988 for being ordained without Papal approval.

Since then, more moderate Catholics have called upon the Pius Brotherhood to come into line with the Vatican, but they continue to stick to their fundamentalist approach, which, among other things, calls for the conversion of Jews and supports mass in Latin.

“Both Cardinal Lehmann and Archbishop Zollitsch stand in great unity with the Holy Father and the Catholic bishops of the Church around the world,” he said. “And firmly on the foundation of Catholic teachings as determined by the Second Vatican Council.”

But Schmidberger said Catholicism had to overcome the spirit of the Second Vatican Council in order to “heal the Church’s gaping, bleeding wound.”

He furthermore added the Society of St. Pius X would stick to its uncompromising positions despite widespread criticism so as “to expose the anti-faith zeitgeist, the dictatorship of relativism, and permissive morals” that allow “such undignified spectacles like the gay parade in Stuttgart.”