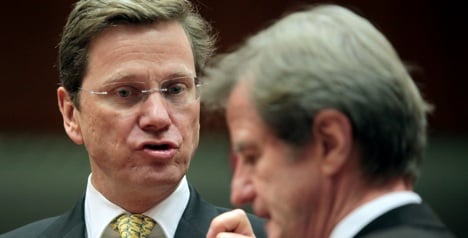 Germany’s new foreign minister also came out against the introduction of so-called body scanners, which allow airport security personnel to see through clothing.

“Security must be orientated towards the dignity of the human being,” Westerwelle said, “Showing people naked is a personal invasion.”

But the FDP leader also called for a critical assessment of the further technological development of body-scanners. “If there are technical advances with body scanners which disguise a passengers’ intimate areas, we will take that into account,” he said.

Westerwelle also criticised the US data collection policies, which failed to failed to prevent the attempted terrorist attack on Christmas Day in Detroit. “The belief that stockpiling information increases security is mistaken,” he said, before adding, “We have to take all the security precautions available to us, but there will never be perfect safety.”