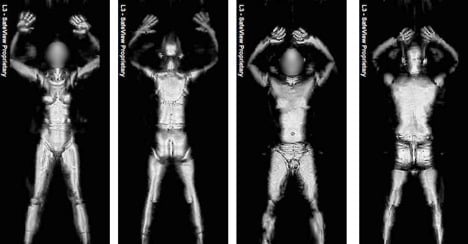 National GdP chairman Konrad Freiberg told reporters on Monday that while there was always a need for better security technology, the so-called ‘naked’ scanners, which allow personnel to see through clothing, were an unacceptable compromise.

“The private or intimate sphere of passengers should not be invaded,” he said.

But Freiberg also warned the German government against watering down security measures.

“If the security laws are diluted, it will give terrorists the opportunity to strike,” he said, commenting on the Free Democratic Party’s (FDP) intention to limit police powers for keeping an information database. “No-one should believe that Islamist terror has become less dangerous.”

Freiberg also argued that while the technology for detecting potential bomb threats at airports needed to be constantly updated, it was just as important that there was constant pressure on suspected terrorist cells. “A potential terrorist should not be allowed to get as close to execution as in the recent case,” he said.

Both Düsseldorf and Cologne-Bonn airports stepped up security on Monday, in response to the attempted bombing of a Delta flight from Amsterdam to Detroit on Christmas Day. “We have tightened our already strict security checks on flights to the US,” a police spokesman said.

Body searches are now to take place on all passengers, not just randomly selected ones, and people travelling to the US are advised to expect longer waits. But there would be no more policeman in airports than normal, the spokesman added.