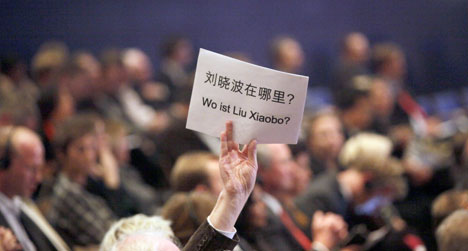 “I regret that the Chinese government still heavily restricts freedom of expression and the press despite great progress in other areas,” Merkel said in a short statement.

Liu, 53, was convicted in Beijing of “inciting subversion of state power” after he co-authored a pamphlet last year that called for human rights protection and the reform of China’s one-party communist system.