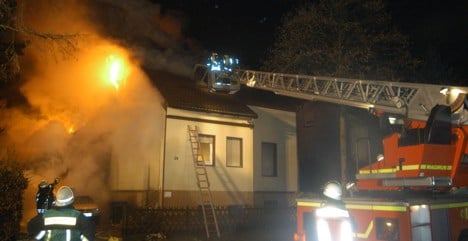 Five people died and two others were seriously injured in a fire that saw a one-family house in the small town engulfed in flames. Six people were registered at the address, and authorities believe that all the victims belonged to the same family, though no children were thought to have been in the house.

Firefighters received the alarm at 4:36 am from a 56-year-old resident of the house, but the fire was already out of control when they arrived. Four fire engines and over a hundred rescue workers took part in the emergency operation. The cause of the fire was not immediately known, and the 56-year-old is still in life-threatening condition in hospital.

North Rhine-Westphalian interior Minister Ingo Wolf expressed shock at the accident. “The celebration of love had a horrible end for this family,” he said on Friday in Unna, before offering his condolences to the relatives of those killed and the two survivors.

Wolf also paid tribute to the speed and professionalism of the fire and ambulance workers. Wolf promised that emergency psychological support was on hand for the rescue team and relatives.