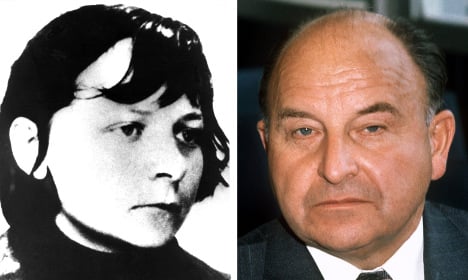 The federal court in Karlsruhe ruled there was not enough evidence that she was directly involved in the killing and ordered her release from remand, though she remained under suspicion on three counts of abetting the murder.

Federal prosecutors said they would press fresh murder charges against Becker in the spring.

She had been arrested in August after prosecutors said they had found new DNA evidence linking her to the murder.

“At the current stage of the investigation, although the accused is not believed to have participated in committing the murder, she is strongly suspected of three counts of abetting murder,” the court said in a statement.

“(However) there is no compelling reason for her continued imprisonment on remand,” it said, adding that it saw no danger of her attempting to flee.

The court noted the 57-year-old had lived for nearly 20 years in her sister’s house in Berlin and had a ”stable existence.”

Becker is a former member of the ultra-leftist RAF – also known as the Baader Meinhof gang – which terrorised West Germany in the 1970s with a string of politically motivated murders. She has been on remand since the arrest.

But the court ordered that she be released, saying there was not sufficient evidence that she took part in the murder.

Prosecutors had claimed Becker made a “crucial contribution in the preparation and execution of the attack,” in which Buback, his driver Wolfgang Göbel and a judicial officer, Georg Wurster were killed.

A motorcycle pulled up to Buback’s Mercedes at a stoplight, and a passenger on the back opened fire with an automatic weapon.

Prosecutors had said Becker’s genetic material was found on several envelopes of letters claiming responsibility for the murders.

Buback’s son Michael said he was astonished that ”only abetting was now being talked about.” Like the prosecutors, he thought the evidence of her direct involvement was strong, he said.

Becker was released from jail some 20 years ago after serving several years for RAF-related crimes.

Former RAF members Christian Klar, Knut Folkerts, Günter Sonnenberg, Brigitte Mohnhaupt have all been convicted collectively of the Buback murder, but authorities remain unsure of who fired the deadly shots. Michael Buback, the son of the murdered prosecutor has repeatedly named Verena Becker as a possible suspect.

The Baader-Meinhof Gang, named after its founders Andreas Baader and Ulrike Meinhof, mounted a violent campaign against what it considered was the oppressive capitalist state of West Germany from 1977 to 1982.