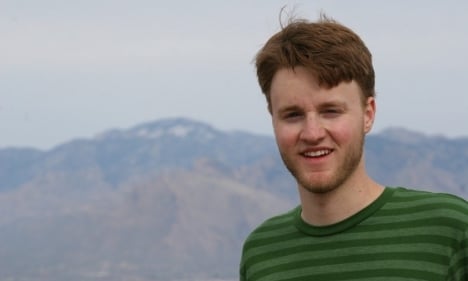 Frankfurt police said there was no sign of violence on the body of Devon Hollahan, who disappeared after a night out on November 21.

A preliminary post-mortem had concluded that Hollahan drowned after falling into the Main River while drunk, police said in a statement.

His body was discovered in the town of Boppard in the state of Rhineland-Palatinate, more than 100 kilometres downstream after the point where the Main River merges into the Rhine.

Although it was found on December 15, a DNA comparison was needed for identification and police confirmed only on Monday that it was Hollahan.

Hollahan disappeared around 3 am on November 21 from the city’s central Taunusanlange metro station after seeing a concert with his friend Josh Friedman. The two had travelled from Prague, where Hollahan worked as an English teacher, to attend a Portugal The Man concert and joined the band for a party afterwards.

Near the station, Friedman turned away from Hollahan to ask directions to the “Frankfurt Hostel,” at which point he told police that his friend disappeared.

Friedman went to the hostel alone and reported Hollahan missing the following day after he didn’t turn up or return phone calls.

In the weeks that followed, the only trace police found of the young man was his backpack, which still contained his personal belongings, and a shoe found in a trash container at the Griesheim sluice gate downriver where he is thought to have fallen in.

The man’s father, Morgan Stanley financial advisor Jeff Hollahan, launched an international media campaign to find his son, appearing on US news shows and travelling to Frankfurt from his home in Scottsdale, Arizona to aid in the search.