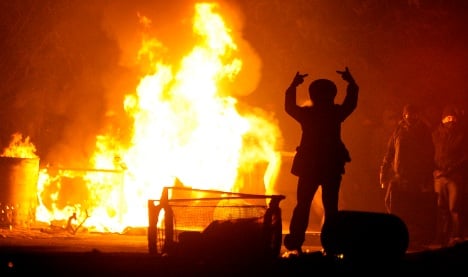 Danish police have detained 1,500 people at protests around the climate change conference in Copenhagen since it began on December 7, though most have been released without charge.

On Monday night officers made 210 arrests after storming a giant squat in the city, using tear gas and dogs to quell protesters who threw petrol bombs and started fires in the street.

Rainer Wendt, the head of German police union DPolG, said on Wednesday that a database would help combat serial agitators who travelled to major events simply to cause trouble.

This would allow police to stop known troublemakers going to major events such as the climate talks or meetings of the G8 group of industrialised nations, Wendt said.

He said it was “incredible that German fight tourists can travel to Denmark to protest violently against climate change.”

The Danish authorities have deported four Germans arrested on Sunday for violence against police and weapons offences.

Police in Copenhagen have been given powers to preventatively detain potential troublemakers.

Some campaign groups have accused the police of heavy-handed tactics, but Wendt said he thought the approach had been “appropriate.”

Security measures have been gearing up as around 115 heads of state and government arrive in Copenhagen for the climax of the talks on Friday.