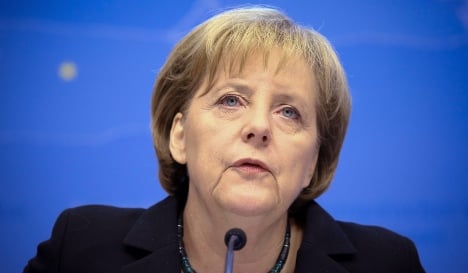 Merkel, who has remained largely silent on the matter since the air strike happened last September, would have to face the parliamentary committee examining the German-ordered attack and the government’s subsequent false denials that civilians had been killed.

“In the face of the explosiveness of the questions, we want to hear the Chancellor and the (Defence) Minister (Karl-Theodor zu Guttenberg) right from the beginning, possibly in January,” said the Social Democrat (SPD) parliamentary spokesman on defence, Rainer Arnold.

Guttenberg, who has recently borne the brunt of the opposition attacks, stepped up his counter-attack Monday night, telling broadcaster ARD he would begin a shake-up of the Defence Ministry.

Guttenberg at first said the September 4 air strike, which killed more than 100 people, was “military appropriate,” but later changed his mind after receiving additional information that had supposedly been withheld by Defence Ministry officials as he took his post.

Guttenberg’s predecessor, Franz Josef Jung, who was defence minister at the time of the attack, stepped down from his new post of labour minister in response to intense political pressure.

Last month, Guttenberg forced the German military’s top general, Wolfgang Schneiderhan, and a senior defence ministry official to step down over the affair.

But questions were subsequently raised over how much Guttenberg himself knew and the reasons for the sacking of the officials.