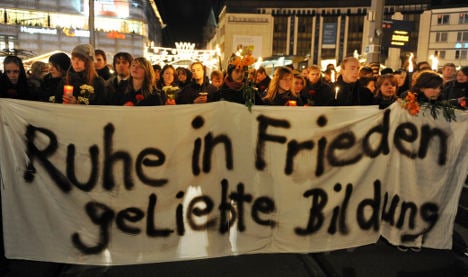 As thousands of students continued their demonstrations against the overhaul of the country’s university system, state education ministers met in Bonn this week to address their complaints. The minsters agreed to tinker with testing and the curriculum of the bachelor’s programme, which students say has been botched.

The reforms were implemented several years ago as part of the Bologna process, meant to bring standardised bachelor’s and master’s programmes to European universities.

According to information obtained by news agency DPA, Merkel’s roadmap, which she will present at the second annual education summit on Wednesday, states that the quality of teaching and support for students must be improved. It will also advocate that students have more freedom to transfer between universities.

The chancellor’s statement will also include a request for German’s 16 states to increase funding for financial aid, known as BaföG, by two percent. Most university students get their education for free, but in 2006 some states instituted tuition fees of up to €500 per semester – a development that is among students’ biggest complaints.

Students have voiced their discontent at campus protests across the country over the last few months, in some cases occupying lecture halls for days until being forcibly removed by police.