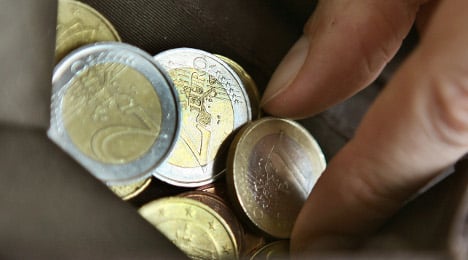 S&P affirmed the “AAA” long-term and “A-1+” short-term sovereign credit ratings of Europe’s biggest economy, which serves as a benchmark for other European countries.

“We expect fiscal consolidation and spending discipline to continue under the new government, following the temporary budgetary weakening in the wake of the recession,” it added in reference to Chancellor Angela Merkel’s new centre-right coalition.

On Tuesday, Dieter Engels of the German audit office warned however that the government would have to repair its budget in light of higher borrowing, and the government’s own economic advisors have said it should take back “gift baskets” of planned tax relief.

On Tuesday meanwhile, S&P warned Greece that its sovereign debt could be downgraded if the government failed to clamp down on its growing deficit. Fitch Ratings subsequently downgraded its assessment of Greek debt, raising the cost of borrowing for officials in Athens.

On Wednesday, UniCredit fixed income strategist Luca Cazzulani told AFP the yield or interest on Greek bonds was 2.44 percent higher than on benchmark German bonds, which he said was “definitely much higher than a week ago.”

European Union officials have issued a chorus of warnings to Greece, and S&P’s rating of Germany hammered home the message that governments must keep their finances in order despite having to stimulate economies during the global economic downturn.

Britain, Ireland and Spain are also seen as possible problem countries though the two former were expected to address debt issues in a pre-budget report and a formal budget to be unveiled on Wednesday.

In Germany meanwhile, “despite passing through a severe global economic contraction this year, the German economy remains resilient, thanks to years of corporate restructuring, wage restraint, and a high savings rate,” S&P said.