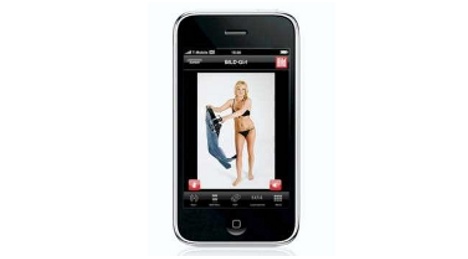 Axel Springer Chairman Mathias Döpfner said on Tuesday evening that the apps for both the sensationalist Bild and centre-right daily Die Welt had the “character of a lab experiment” that could also end up failing. However, he emphasised the conservative publisher was determined to pursue new business models for paid online content.

The Bild app will cost €0.79 in the first month and €1.59 each month afterwards. Besides jiggly naked girls, it will offer users a mixture of breaking news, sports scores, and other exclusive content.

The app for Die Welt will run €1.59 for the first 30 days, but could cost as much as €4.99 each month after that, if users opt to download a daily PDF-version of the entire paper. Rather than attracting readers with shaken nudity, Die Welt hopes to lure people with improved mobile usability and an easy-to-navigate interface.

Döpfner admitted “pure content offerings” would likely not be enough to encourage readers used to getting their news free online to open their wallets, and pointed out out that iPhone users can still access both Bild and Die Welt via the device’s web browser. But he said Axel Springer was also aware that relying on advertising alone might not be enough to finance a quality editorial product in the future.

After launching for Apple’s iPhone, the publisher hopes to make the new apps available soon for other smartphones as well.